Javer's Interview with CGTN: Investing in China - Opportunities and Challenges

Following a survey done by EUCCC (European Union Chamber of Commerce), despite the Covid-19 crisis, the European companies are still willing to continue their development in China.

Since 1980 when China opened its market, the Chinese business environment and China market has evolved a lot. Promising market for some, challenging and hyper competitive market for others.

What is the real Chinese market today? What are the opportunities and challenges for those companies? How to succeed in China? 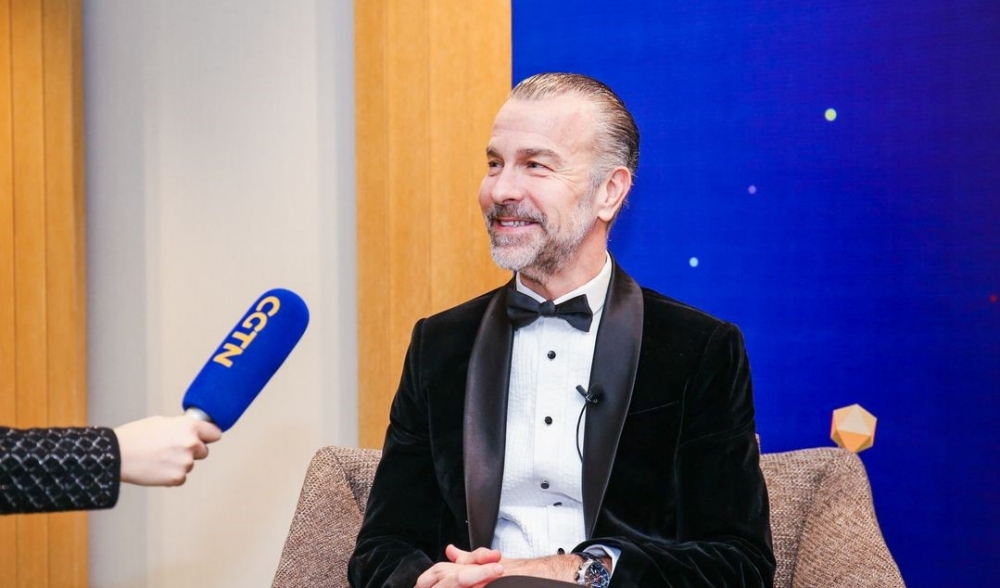 Interviewer: Mr. Han Qimeng, you participated in the setup of many JVs and foreign investment contracts of western companies in 1995. How was the environment back in that time and what experience did you acquire?

The business environment was different in 1995. When the first foreign companies came to China, the legal environment was not as developed as today. We had to undertake negotiations with the local authorities and/or with supervisory agencies of the industry concerned. This process evolved and changed a lot for the past 20 years. As China has been creating laws and consolidating the legal environment (both for local businesses and for foreign investment). The local authorities do not interfere anymore in the relations between companies. All negotiations are done between the parties based on the Chinese legal system. Since January 1st 2020, this dedicated system for foreign investment has completely disappeared and now foreign companies are evolving in the exact same legal environment than domestic companies.

Interviewer: Mr Gimeno, what was the main reasons for your company to come and invest in China?

Indeed, Saint-Gobain arrived in China in 1985. The main reason in the 80’s was to invest in a country with very low labour costs and to setup factories with very low production costs. Most of the companies attracted by China wanted to create production platform at low cost able to export from China to the rest of the world. This logic changed quite quickly after the 90s as many companies then realised that the main interest of China was China itself, its market and the huge potential of growth of this Chinese market. For the past 15 years, most of the companies coming to China did so to locally serve the Chinese market and reach the Chinese consumers. This is the main difference between today’s investment in China and the investment made 30 years ago.

Interviewer: What was the Chinese market in the 90’s when it first opened to the rest of the world?

The first law to be created in 1969 for foreign investment was concerning the JV (joint-venture). This law was to protect the Chinese companies (especially the SOE State-Owned-Enterprise) from foreign investments. 40 years ago the SOE were not as rich as today. The environment was also extremely different. China had no market for new or technological products brought from overseas, there was no law to regulate Intellectual Property, the concept itself of IP was not excitant at all. So when China opened, most of the foreign investments were made by Multinational companies.

Interviewer: How the business environment and legal structure evolved over the past few years?

There were two phases. First phase which we talked about earlier: foreign investments are not regulated by the global company law but by the dedicated legal system created for FI (JV and WFOE legal system). As said, these rules were gradually erased to bring closer both systems. After 1st January 2020, the whole FI legal system has been replaced by the company law which bring the foreign companies and domestic companies under the same legal system, playing with the same rules.

Interviewer: What were your expectations to the Chinese market when you first arrived in China?

I arrived in China in 2010 but before living in this country, I came many times in China before and visit the country. So I had good knowledge of your country. My expectations can be summarized in two words: profitable growth. This is how the President of Saint-Gobain at that time gave me the mission to create a stable environment to ensure the development of our company in China quickly and in a very profitable manner. At that time, the environment was extremely dynamic and well oriented. The growth rate was above 10% per year and we could already see the major trends on which China would built its growth. Firstly, its huge population, i.e. 1.4 billion people who constitute a huge market. There is also a tremendous growth of the Chinese middle class which constitutes a huge mass in term of consumption capacity. Not only for essential products or goods, but more and more for products with added values, for high-performing products and for high-quality products.

There is also the urbanization phenomenon that we experienced for many years already and which should remain for several years with a massive transfer of people from rural zones to cities. This phenomenon stimulates and pushes the consumption.

And finally, at that time it was mostly a perspective which became a reality among the years, I am here talking about the environmental revolution, the sustainable revolution. In 2010 when I arrived, China was just starting its long journey but in the second half of 2010, China massively boosted this phenomenon and made huge progress. This brought a tremendous growth on Chinese market too.

So those were my expectations when I first arrived in China in 2010 and I must say that most of my expectations have been more than confirmed. And for that, I express a lot of gratitude to your country.

Interviewer: Does it mean that nowadays a foreign investment in China no longer benefits from low-cost labor while implementing the factories?

As I said, it was the case in the 80s and the 90s when foreign companies could access to very low-cost labor and a good environment for low production costs. Now the logic is completely different. The logic now is to set up in China the factories to serve the Chinese market with local players. Today for most of the foreign companies active in China, the rising China is the most important market with the highest potential of growth. So the flows of import and export have reduced as most of our production done in China is consumed by the local market.

Interviewer: What is your experience regarding the different commercial cultures?

I believed that when we talk about entrepreneurs, there are much more things that we have in common, despite the culture, than things opposing to us. Whatever the origin of an entrepreneur is, he has the passion to create, to build, to transform. In that matter, there is very little difference between a Chinese entrepreneur and a French one. Being said, there are differences which are the results of different experiences and different cultures. If I have to explain the main difference, I would say that the Chinese entrepreneurs focus more on the action. They are more pragmatic, faster and more agile. The French entrepreneurs are more abstract, thoughtful, take time to think about strategy to make sure that his choices are more stable and to avoid mistakes. So on one hand, the agility and the rapidity, and on the other hand, the stability and the solidity of the decisions. That makes me believe that we are very compatible. If you put together the characteristics of both cultures and create something extremely compatible, you get very close to an ideal entrepreneur. This maybe one of the main reasons why commercial and industrial alliances between China and France are usually successful.

Interviewer: You are the President of the Club France China. With your experience, if an entrepreneur is willing to develop in China, what should be the main advices and secrets to succeed in China?

There is no secret, but there is a strong need to involve the local teams and to rely on them. We must avoid any form of arrogance or feeling saying that we will teach Chinese how to make business. On the contrary, you come to China with a lot of humility, listen to your local team to understand the culture, the market, its customers and partners.

Click here to find out more about the interview.