Following the successful acquisition of Joinleader Hangzhou back to late 2018, Saint-Gobain has acquired Joinleader Anhui, as the second phase of the total investment, to create a new company, named Saint-Gobain Joinleader (Anhui) New Materials Co. This new company, together with its manufacturing site, aims at reinforcing Saint-Gobain’s adhesive and sealants business in China.
The inauguration ceremony was held on November 25, 2021, in the city of Huangshan, Anhui Province, where the main manufacturing site is located. Representatives from Chinese and French authorities, local partners and Saint-Gobain employees attended the event.
The acquisition of Joinleader Hangzhou has brought to Saint-Gobain a promising financial result, with double digits of organic growth, over the past 2 years. It has fully demonstrated the Group’s new strategy, ‘Grow & Impact’, to position itself on the high growth markets. The new phase of the investment will meet the increasing demand of adhesive and sealants solutions in the domestic and international markets, while further enhancing the financial performance of Saint-Gobain in China. 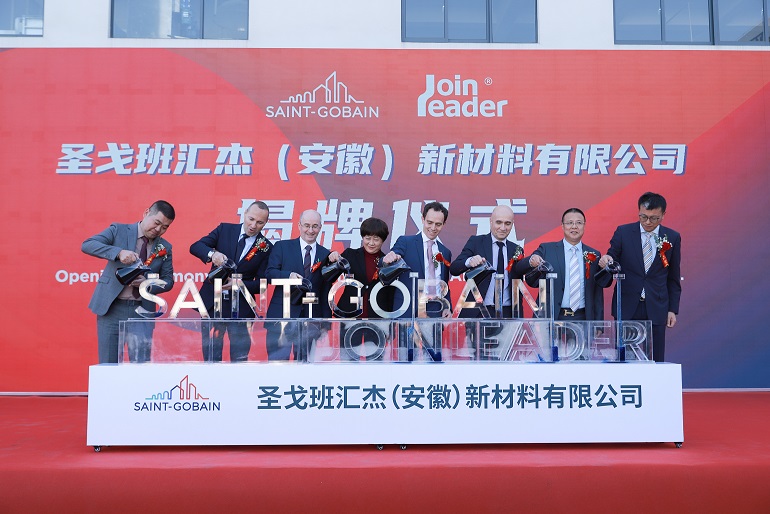